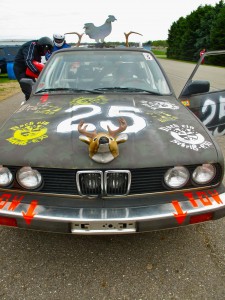 Super-car: Or, at least, BuckSnort Racing's weapon of choice

(This is a behind the scenes look at my recent race at LeMons. The full story is on Bloomberg News, titled “Clash of Clunkers Puts Speed Freaks on Racetrack in $500 Cars.”)

When I first contacted Jay Lamm, the “brains” behind 24 Hours Of LeMons — a race where no car can cost more than $500 — I asked if he could put me on a team. “Civilian or journalist?” he asked. I know how other car journalists tend to drive, so I quickly asked for the civie team.

Soon he linked me up with BuckSnort Racing, a family affair out of Michigan, who are hands down the nicest people I’ve ever met. I had about a five minute conversation with Tim Horbal, a 20-something who’s also an engineer at Toyota, before he’d invited me onto the team. No vetting, no wondering about my own credentials (ie, ability to drive). And little concern, seemingly, that all the hours of work, all the money and care put into their quite cherry 1987 BMW 325e could vanish under the hands of someone they’d never even met. I could crash into the wall on the first lap, after all. 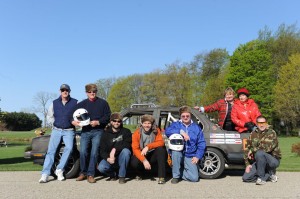 All the peeps: BuckSnort Racing and our finery (though missing Jen Machnee for some reason)

My buddy and colleague Joshua Paul accompanied me out to Detroit, where we then made the two-hour drive toward Lake Michigan, where Gingerman Raceway is located. (I thought it was right outside of Detroit… um, research much Jason?)

Minutes upon arriving, I was buckled into the very clean, very well-taken-care of BMW, and was out doing practice laps. Minutes after that I was back on solid ground, confident in both the car and having an idea of the racetrack, and enjoying myself talking to parents Richard and Linda; nephew and his wife Ben and Jen Machnee (Ben is a genius mechanic) and their Austrian friends, the Scherzers. Five of us would be driving 15 hours over the weekend. END_OF_DOCUMENT_TOKEN_TO_BE_REPLACED 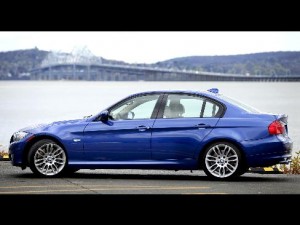 Sept. 10 (Bloomberg) — BMW wants you to know it’s paying attention. As a company whose cars are aimed at people who enjoy performance driving, some consumers may feel that it’s out of step with all things green.

The Munich-based automaker has an answer to that: “EfficientDynamics” — two capitals, no space — which is public-relations speak for cars that burn less fuel but aren’t a total bore to drive.

April 30 (Bloomberg) — Talk about love affairs gone bad. A number of guys I know — and they were all guys — were infatuated with BMW’s previous-generation M3, the more passionate version of the already saucy 3 Series coupe. Of those who got involved, one clumsy driver burned up a succession of clutches; a second let it languish in the shop after several fender-benders; and a third never got it over 85 miles per hour, claiming he was “still breaking in the engine.”   END_OF_DOCUMENT_TOKEN_TO_BE_REPLACED

March 5 (Bloomberg) — What would you expect out of an entry-level BMW? Expect good news, because once in a while, less really is more. Once in a while, a car wows you.

North America finally sees the release of the 1 Series, and it has two forms: the spirited and almost affordable 128i ($29,375 and up), and the rip-roaring driver’s dream, the 135i ($35,675 and way up). It also comes as a convertible. END_OF_DOCUMENT_TOKEN_TO_BE_REPLACED 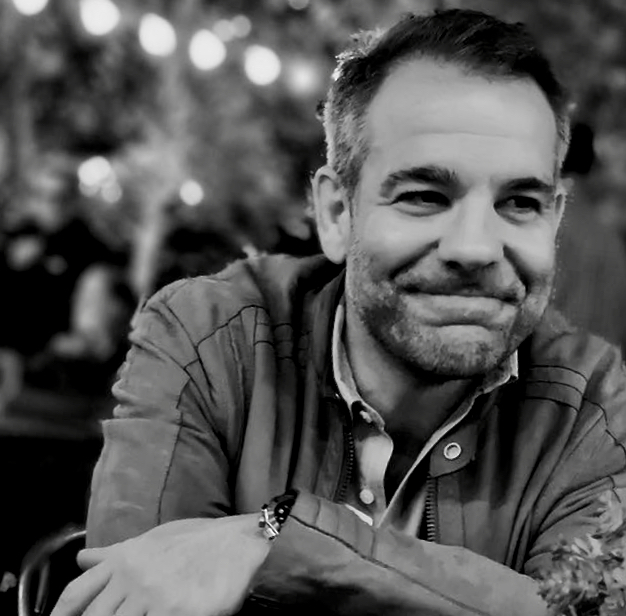