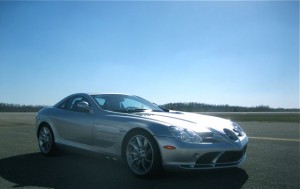 A car with 'tude: Be sure you can handle it.

Thundering down a highway in a smoking-hot BMW M6, I flick on my blinker and slide into the left lane to pass slower vehicles. Immediately a minivan swings in front of me, throws on his brakes and sticks there at a steady 50 miles per hour, boxing me in.

Ah, the dreaded BMW hater, intent on taking the arrogant jerk in his Bimmer down a notch.

One of the fascinating things about testing cars for a living is seeing how other drivers react to you, for good or for bad. A vehicle is your personality on wheels, and once behind the wheel of a silver Rolls-Royce Phantom or a yellow Hummer, you may also find yourself taking on aspects of that persona.

I’ve tried on many an auto personality. One day I’m the Camaro guy — mullet not included — the next a trust funder in his red Maserati or the Porsche purist hurtling toward a mid- life crisis.

That said, you’re really never a Toyota Corolla dude. Many cars are just utilitarian, the khaki in the great auto tapestry. The only thing you’re declaring is that you like to travel from A to B with minimum fuss (the recent pedal recall notwithstanding).

Carmakers are extremely aware of brand perception, which they try to manage carefully through advertising and public relations. Sometimes it works well — like Mini’s image as fun and rebellious, yet still eco-conscious. But once the image gets away, it can be disastrous. (Take notice, Toyota.)

“When public perception goes awry there’s always a better way to position yourself so that it is less harmful to the brand,” says Joe Molina, president of California-based JMPR Public Relations, which represents Bugatti and Bentley. “Hummer is an example where the image was totally mismanaged. Nobody was minding the store.”

A good way to avoid such a fate, says Molina, is to have marketing people carefully listening to word on the street. “If you hear the same thing from two or three markets, that’s trouble. The top people need to know before it’s too late.”

Someone at General Motors might have tried to counteract the vitriol that led to a Web site devoted to thousands of photos of consumers flipping Hummers the bird, dating back to 2003. No wonder the brand is being sold to a Chinese company.

Still, there’s nothing like taking a car on the road to gauge if you’ll be loved or loathed.

Some cars are obvious: Everyone loves a classic. A buddy drives a 1961 Lincoln Continental which oozes cool nostalgia. He’s been pulled over by police numerous times, but has not once been given a ticket.

Then there are surprises. I’ve never received a bigger reception than the time I tested a convertible Smart car around Manhattan. The city’s usual glib indifference was scrubbed away by the tyke-size mini-car. I was approached by Upper East Side doyennes, pretty downtown girls and sweaty construction workers. By day’s end I was longing for the anonymity of the subway.

Exotic cars are tricky. I’ve recently driven both a Lamborghini Gallardo and a Ferrari 599 around the Tri-State. (Loved them both.) Small boys in the city, many whom have only ridden in yellow taxis, follow these exotics with awed eyes — the call of the cool car is somehow primal.

Yet there can be hints of distaste or mistrust among adults, some of whom look upon you with hooded eyes. Who needs a fire-engine-red, $300,000 car, they seem to say — is there some emotional hole you’re trying to fill?

And with everyone watching you (and they are), I did find myself feeling rather special and maybe just a bit above it all. Give the car room, please.

(One businessman I spoke with stopped making sales calls in his Ferrari. Vendors would never give him good prices, he said, pointing out his car. He switched to a minivan.)

In his book “Traffic: Why We Drive the Way We Do (and What It Says About Us),” Tom Vanderbilt cites studies which show motorists were less likely to honk their horns at those who drove a similar car.

“I don’t really like Hummers,” Vanderbilt said. “I’m probably less likely to let one merge in front of me than I would someone driving the same model Subaru as I do.”

Such is also the experience of owners of Harley-Davidsons, Corvettes and Porsches, who heartily acknowledge one another. This courtesy does not include the Porsche Cayenne SUV, I discovered, and BMW drivers.

“Other Porsche guys will flash their lights and give you the wave,” says Nat Mundy, owner of a vintage 1966 911 and co- founder of Grand Prix New York in Mount Kisco.

Mundy also has a 2005 Audi S4 and a 1989 Range Rover modified to look like a monster truck, which he calls his “yuppie redneck truck.” What he drives depends on the impression he wants to project that day.

“I’m totally anonymous in the Audi, and nobody dares to go near the scary Range Rover,” he said. “But pull up in the old Porsche and everyone approaches and wants to talk. It’s way friendlier than a new Ferrari or Lamborghini.”