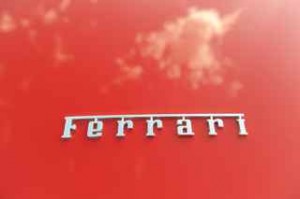 Dec. 17 (Bloomberg) — It’s a valid question, so go ahead and ask: Is piloting a Ferrari all that it’s cracked up to be? The prancing-horse logo is famous worldwide, but is it truly a marked departure from other cars, exotic or otherwise? And is any auto really worth more than $200,000?

From my very first drive, in a F430 on the racetrack, I discovered that handling a Ferrari is an utterly visceral experience, filled with searing sounds, the tactile feel of the steering wheel and reality-defying maneuverability at startling speeds.

So, the answer is yes. The experience is indeed as bombastically cool as the fantasy.

To compound concerns, the California is a lifestyle-oriented grand touring car, not a hard-core racer, with its engine in the front and weighing more than 3,800 pounds. (The mid-engine F430 coupe, by comparison, is only about 3,200 pounds.)

The name is an homage to a late-1950s model, the 250 California, though it’s also a nod to the U.S. state that sells the most of this rare breed. Against normal Ferrari policy, at least 60 percent will go to first-time buyers. Has the brand sold out?

[All photos by Joshua Paul

Over a 300-mile test drive on highways and windy roads, I got the chance to find out.

The California tries to give you the best of both worlds. With the aluminum top up, it looks like a coupe, with added shielding from outside noise and weather insulation. Top down, it’s a true-blue convertible.

It’s not the belle of the ball in terms of beauty, with a bulbous back end that accommodates the folding top (which closes in 14 seconds). Still, it grew on me in person, especially from the front, which shows off a classic Ferrari nose. The fat rear isn’t fantastic, but it’s no deal breaker.

Slip inside the leather seats (mine were tan and gorgeous), find the red start button on the steering wheel and turn on the fuel-injected 4.3-liter V-8. Ferraris have their own unmistakable engine note, as brand-specific and carefully guarded as Coca- Cola’s secret formula, and the California’s is a doozy.

That sound gets full treatment when you retract the roof and pin the pedal, letting loose all 460 horses. The rich vibrato becomes a screaming roar, the noise that F1 fans know around the globe. It’s predatory, like the sound of lions on the hunt.

Another first is the seven-speed, double-clutch transmission, which can be left in automatic mode or controlled with paddles. Hands down, it’s the best example of these ultra- fast transmissions, besting both the Nissan GT-R and Porsche’s new PDK system.

Go full on the throttle from a standstill and you’ll surge forward incredibly, blasting through the gears — crack, crack, crack! Each shift is accompanied by a blast of pure angry sound.

Though it isn’t a race car, the California is extremely balanced and stable at super-legal speeds, and it flows along challenging narrow and serpentine roads with poise. Your driving talent will run out long before the car’s cornering ability.

The sculpted steering wheel is fantastic in your hands, and you never need to move them from the correct placement: The paddles are perfectly placed, and the horn can be beeped using small pads where your thumbs rest.

The tachometer is colored bright yellow, with numbers in orange above the redline at 8,000 revolutions per minute. A screen tracks information such as average and top speed and range. One drawback is the speedometer is mostly obscured by the wheel.

There are even back seats — sort of. Ferrari calls it a “two plus” configuration. Buyers can opt to install two tiny seats behind the front buckets which will accommodate children or an adult uncomfortably.

Otherwise, the factory will leave it as a leather-sheathed shelf, appropriate for storing gear. The trunk is ample, with 12 cubic feet with convertible top up, 8.5 down, and even has a trunk pass-through for golf clubs or skis.

Exotic cars are taking a hit in this market, yet Ferrari is remarkably well insulated since it always keeps supply limited. Fewer than 500 California models will arrive in the U.S. in 2009. Though the company can make 2,500 a year, it also will produce fewer if worldwide demand drops.

Lucky are those few who will get to drive (or even better, afford) one. In a consumer world where hype usually outshines the reality, piloting a Ferrari is just about as good as it gets.

The 2009 Ferrari California at a Glance

Best features: The sound of the engine; incredible handling coupled with decent versatility.

Worst features: Fat rear end; difficulty in actually getting one.

Target buyer: The lucky few who are in the market for their first-time Ferrari.