Oct. 29 (Bloomberg) — No car on today’s market is as iconic as the Porsche 911. Still carrying a rear-mounted engine and the same basic shape as the first model in 1963, it’s like a sacred cow with wheels.

So when Porsche adds major new technology to their most famous car, aficionados take notice. The 2009 model gets not one significant push forward but two. 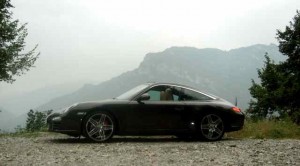 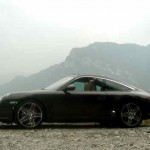 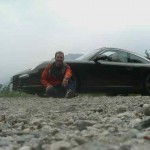 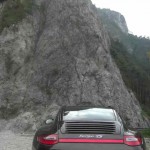 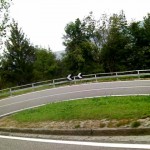 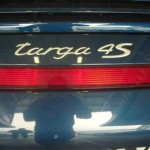 The first is an all-new engine that is more powerful, more fuel efficient and less polluting. At a time when consumers are looking for a better bang for the buck — and want to feel good about it — that’s a win-win.

The second change is also major: The company now offers an optional seven-speed automated transmission for an extra $4,000.

Porsche’s five-speed Tiptronic automatic transmission, first introduced in 1988, has come to feel both awkward and antiquated. Not what you’d expect from the elegant 911. Forty percent of 911s now sold have automatics, yet Porsche predicts that will climb to 70 percent with the new seven-speed, double-clutch gearbox.

Its full name is the Porsche-Doppelkupplungsgetriebe (seriously), yet even company execs simply call it PDK. It’s a double-clutch system designed to give the best of both worlds.

Using steering-wheel-mounted paddles, drivers can “manumatically” shift between gears much faster than one can with a traditional manual. Or they can leave it in automated mode and let it shift for itself.

PDK has two internal wet clutches; one handles the odd- numbered gears, the other the even ones. When you’re in first gear, for example, second gear is already in mesh. As you shift to second, one clutch opens while the other closes — resulting in a faster, seamless shift, with the engine never losing power between transfers.

The Tiptronic system was novel 20 years ago, one of the first automatic systems to allow users to control the gears. Buttons on the wheel managed up- and downshifts.

Since that time, behind-the-wheel paddles have become popular, and you’ll find them on makes from Ferraris to Hondas. It’s usually a simple system: Pull the right paddle to upshift, the left to downshift.

Unfortunately, Porsche has gone with a combination of push/pull shifters, and they’re rather counterintuitive. You use your thumb to push a shifter on the exterior of the steering wheel to upshift — from second to third, for instance. To downshift, you pull one of the two paddles located on the back side of the wheel toward you.

This is inherently more complicated than Formula One-style paddles and will initially confuse many drivers — me included. It won’t be a big deal when you get used to it, but I can’t say I love it.

In traffic, I left the Targa in full automatic mode, where it’s a pleasure in stop-and-go driving. On the highway, it soon slipped into seventh gear, a gas-saving measure. The real fun started when I got on a road that wound around a mountainside like a tight ball of string.

In manual mode it hangs onto your selected gear even at the red line, and I roared around sharp hairpins and mean switchbacks with a vengeance. Shifts were crisp and sharp.

Yet, in truth, I had the best luck leaving it in auto, where it always found the right gear and allowed me to concentrate on not catapulting off a cliff. Sad to say, but computers seem to be winning the war of skilled driving. (Many purists will not be opting for the PDK.)

What a purist will enjoy is the new direct-injected engine, which generates more power while burning less gas. Porsche says it gets more than 10 percent better fuel efficiency (26 miles per gallon on the highway) while putting out almost 15 percent less carbon dioxide.

The extra oomph was most noticeable on steep hills, and the power band is even broader. The 911 is one of my favorite cars to drive on any day, and there’s no question this one is even better.

The 2009 models also get minor interior and exterior changes, such as a touch screen and LED daytime running and brake lights. Probably only true Porsche fiends will be likely to notice, though.

Sales of 911s fell 16 percent in the 2007-08 fiscal year, and while the new refinements are surely appreciated, they may not entice buyers who are delaying their high-power fun.

For those looking for any extra incentive, though, how can you not like extra power with no environmental downside? The 911 has always been an extraordinary car, which is exactly why it’s been around so long.

Engine: 3.6-liter six cylinder with 345 horsepower and 287 pound-feet of torque.

Worst feature: The awkward operation of the paddle shifters.

Target buyer: The Porsche lover looking to upgrade, or the driver who needs an additional excuse for buying one.